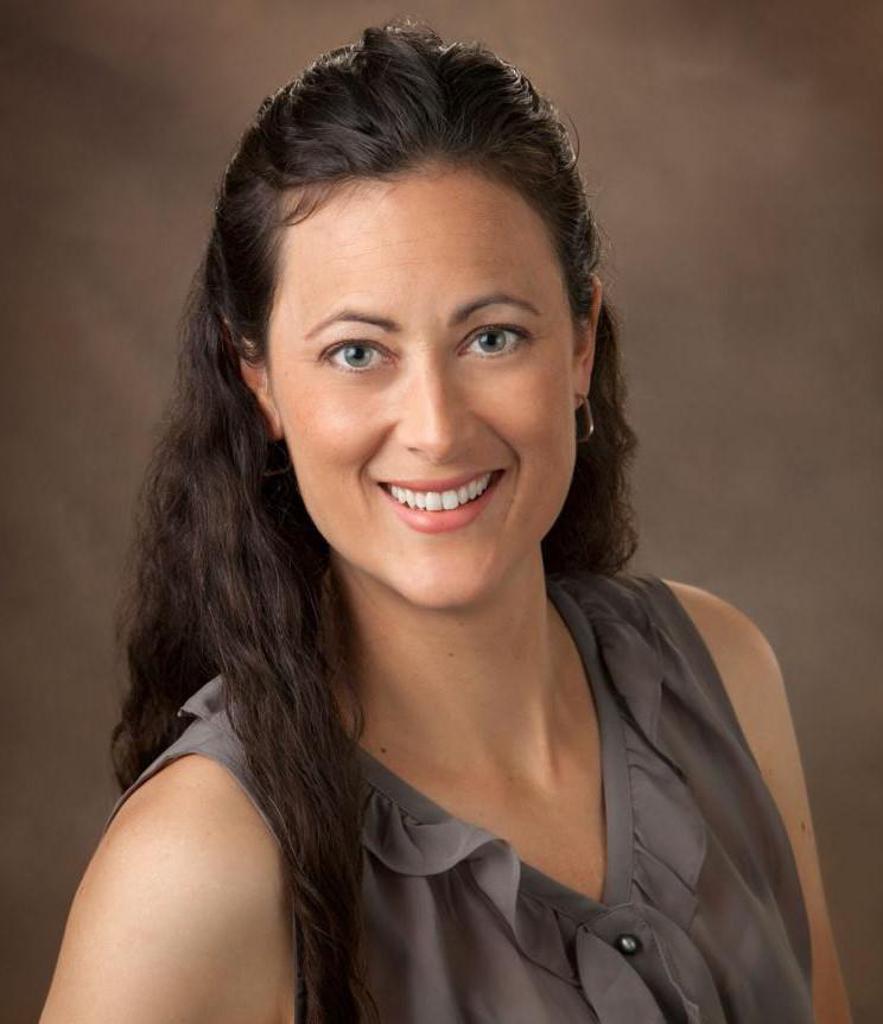 Encouraging, empowering and teaching young men and women through athletics are among Amy’s many strong suits and passion.  Amy was a varsity volleyball player all four years of high school and team captain the last two.  In her senior year, she was all county and state, and played club volleyball.  After high school, she went on to play USAV through college and beyond.

Her coaching career started at the club level in PA in 1996, and has continued at Ft Hunt Youth Athletic association, Evolution Volleyball club, BRYC, Mt Vernon High School and now Monument Volleyball!  She and Charlie Madison coached the 1st indoor club team in 2018 to a successful club season.

She hopes to share with athletes in the area more about volleyball through teamwork, hard work and perseverance.  In her spare time she continues to play volleyball both indoor and outdoor, runs and enjoys time with her family!

As one of the co-founders of Monument Volleyball, we saw a need and wanted to provide the athletes a positive memorable experience playing outdoor and indoor volleyball. We strive to provide a safe, learning, and fun environment for the athletes. We wanted to keep our focus on education and family where we can encourage leadership, commitment - to family, school, team.  Our older athletes mentor the younger ones.  There is goal setting and an action plan to reach those goals! 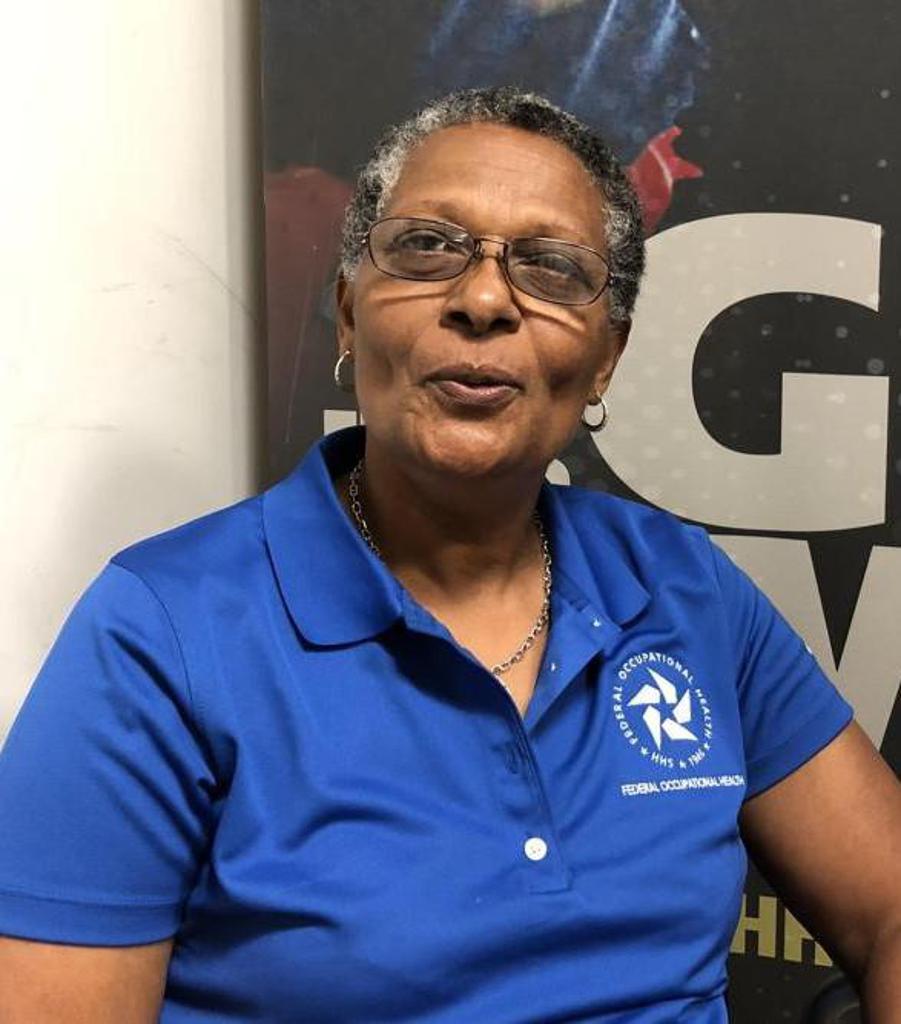 Nadine Lilavois returns for her second season at Monument Volleyball Club as the 17’s Head Coach and the 16’s Assistant Coach. Last year she coached the 14’s and was the camp and clinics director for Monument.

Coach Nadine brings a wealth of experience in athletics and fitness to the club. She has more than 20 years of coaching experience at the college level(D-I), Junior volleyball development programs and 15 years working with military and civilians, as the Wellness and Fitness Coordinator for Millennium Health and Fitness Inc. as a contractor.

For the last 5 years Coach Nadine has helped develop the sport at the high school and club level in Northern Virginia as the freshman coach at Hayfield Secondary School for 2 years, NVVA and BRYC in 2015-2016 and coached the varsity team at Lake Braddock in 2017 before joining Monument in 2018-2019. She has been assisting Hayfield varsity team for the past 2 seasons.

A graduate of Hofstra University, Nadine was a starting setter and a passionate player of the game. For 15 years she was a head coach at various colleges such as: St Francis College (NY), New York Institute of Technology, Boston College and SUNY @ Buffalo (UB), were she earned the respect of many colleagues, and club directors for her enthusiasm, loving spirit and dedication to her players.

She is an active member of the American Volleyball Coaches Association, USA Impact Certified, and Gold Medal Squared Trainee.

Coach Nadine has a sharp vision and mission for Monument: Take the program to the next level, prepare the athletes who are interested in pursuing a college career while playing volleyball. 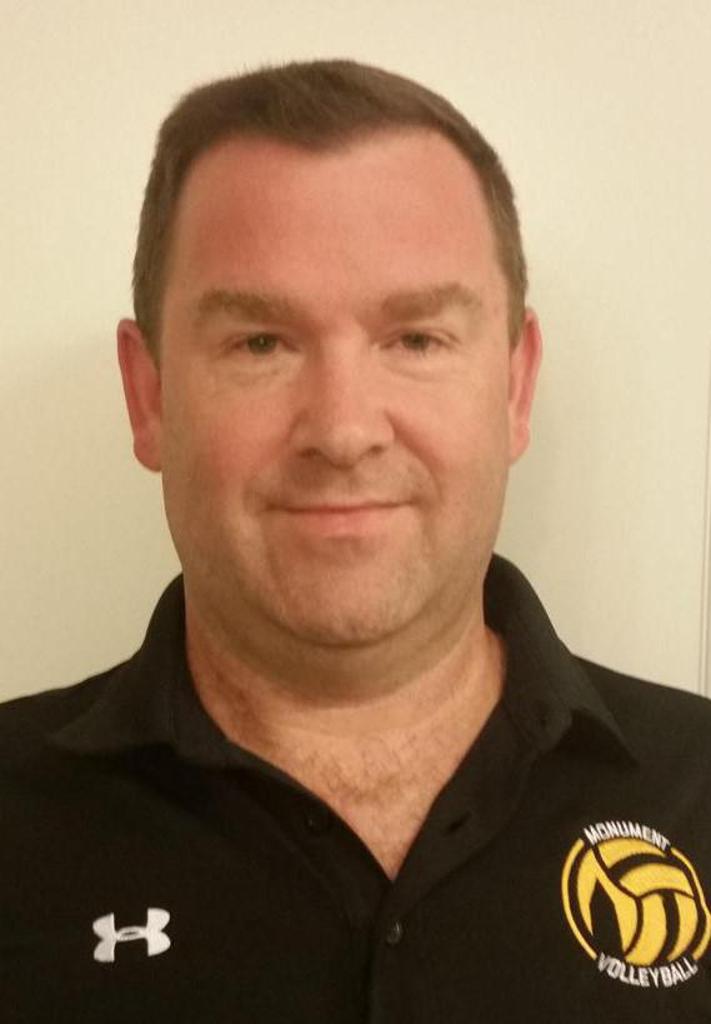 Coach Ken Rowland is happy to be returning to Monument Volleyball for another year of Juniors Club Volleyball, after being a part of each of the club's previous seasons.

Ken has been an assistant coach for Girls 16U and Girls 15U in previous seasons.  Prior to coaching the juniors club program at Monument Volleyball Club, Coach Ken coached youth recreational league volleyball.  Additionally, he has been an assistant coach clinician with the Pat Powers VBClinics.com program at its Northern Virginia stops since 2016.

Coach Ken is CAP I, IMPACT, and SafeSport certified and is both Gold Medal Squared and Art of Coaching Volleyball trained.

Coaching Philosophy: Winning is important to coaches, but winning must be a result of coaching and not a goal for coaches.  If coaches are successful in teaching players the proper skills, give them the knowledge, and instill game strategies; if we can properly motivate our players to have a passion for the game and a desire to compete at their highest potential, then it will be the players who make winning a team goal through action and maximum effort.

Coach Lacey retired from the US. Coast Guard in 2014 after serving 30 years on active duty.  Brad is married and has one daughter.

Coach Lacey’s got his first public school coaching experience when hired on at Hayfield Secondary as the Freshman Coach in 2009.

VHSL, IMPACT and CAP I certified.

Chair - Monument Volleyball Board of Directors

My passion for the game started in the early 80's on the sands of San Diego.  Playing the beach up and down the California coast to the beaches of Mexico.  After being brain-baked for several years I came in out of the sun where I found a new purpose in life as a setter.  What a different animal this "indoor" game is.  Controlled environment, no weather delays/cancellations, my vertical was probably 4 times higher than in the sand and my speed felt 10 times faster.  I felt like superman indoors ... and loved it!  Then quickly realized that I was not the only superman on the court ... they were all supermen, only ... just not as short as me.  I was fortunate to set for one of the powerhouse teams in the Aloha region (yeah ... traveling the south pacific, Japan, Korea playing volleyball ... pinched myself quite a few times).  I feel really blessed with the playing opportunities I've been given and really wanted to give back to the sport that had given me so much.  So, I started coaching in the early 90's with open level men and women that lasted about 10 years or so then moving back to the DC area slowed volleyball to a near stop ... until ... my youngest says (11 at the time) Daddy, I want to learn to play volleyball ... Yes indeed, the bug bit me again!!! 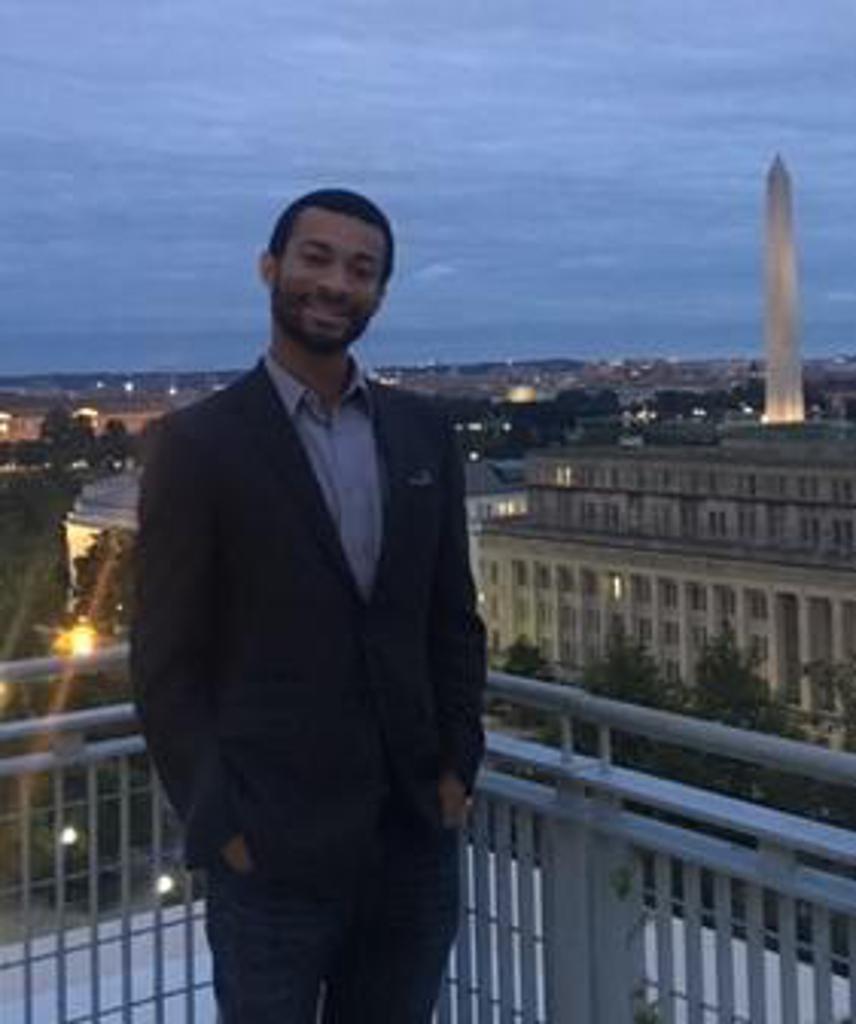 Coaching Philosophy: I believe that fun, personal growth, and winning, are the byproducts of the cultivation of “teamness.” Teamness happens when players are adaptable, when they trust each other and are trusted by their coach, and when they grow their confidence from being empowered to act intuitively in practice and on the court. In such an atmosphere, boys fight for each other, support each other, and flourish.

Originally from Southern California, Coach Myles Teasley has been playing competitive volleyball for 14 years, mostly at Middle Blocker and Opposite. He played club volleyball for SCVC as part of top-25 teams in 2008 and 2010: he is lucky enough to have been coached by the current Pepperdine and Pont Loma Nazarene Head Coaches! He would go on to co-found his college’s men’s volleyball team, which became a top team in the Carolinas.

Coach Myles fell in love with coaching in 2014. Since then, he’s coached league and state champion teams in Texas and San Diego; at the club level, prior to coaching at Monument, Myles coached at Summit Nitro Volleyball Club (TX) and Wave Volleyball Club (CA) boys programs, and most recently at BRYC. 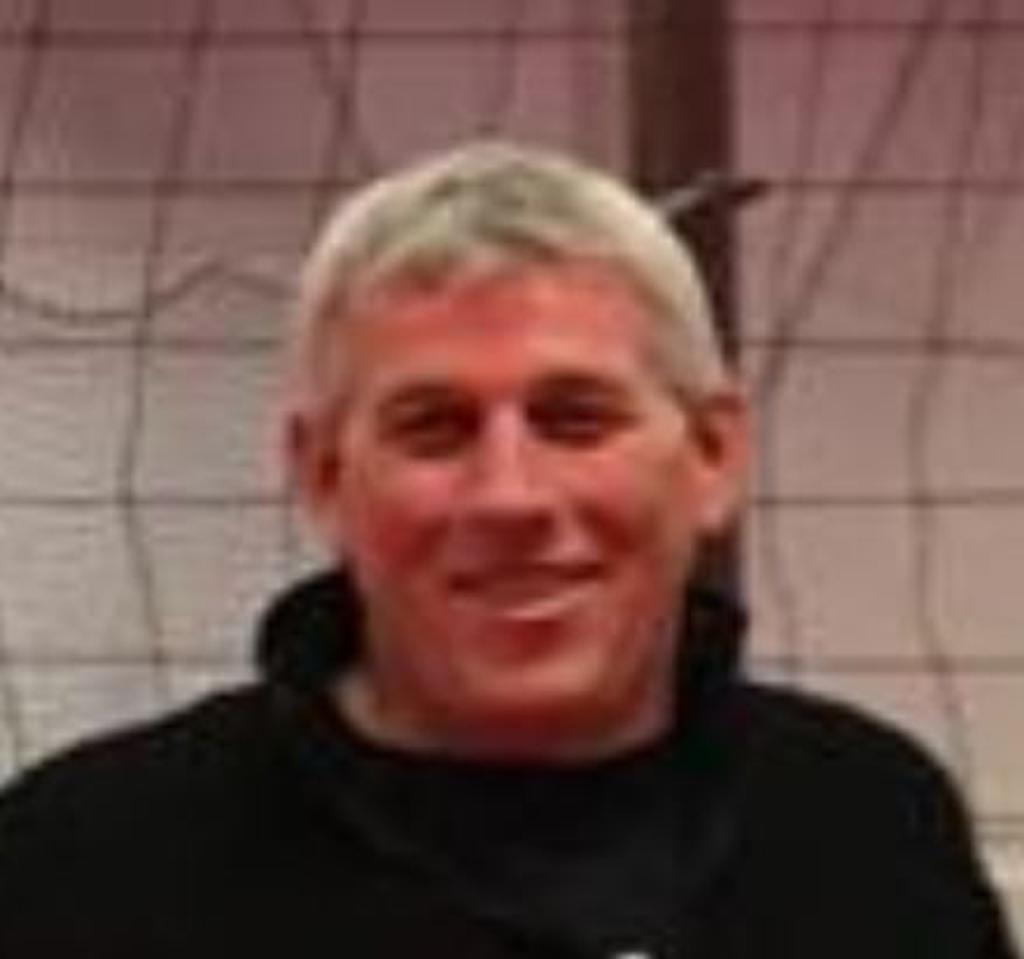 Charlie Madison is thrilled to be coaching another indoor season.  Coach Charlie has been coaching high school and club for years and playing for a time too long to say… He plays both indoor and outdoor, men’s and co-ed.  His love and knowledge of the sport shows while sharing all that with the youth he coaches.

As one of the co-founders of Monument Volleyball, we saw a need and wanted to provide the athletes a positive memorable experience playing outdoor and indoor volleyball. We strive to provide a safe, learning, and fun environment for the athletes. We wanted to keep our focus on education and family where we can encourage leadership, commitment - to family, school, team.  Our older athletes mentor the younger ones.  There is goal setting and an action plan to reach those goals!

I fell in love with volleyball In the 6th grade and never looked back. I played through out high school and club in college.  I played a few summers on the beach in Waikiki and learned a lot.  As a military spouse, the constant moves allowed me to play on teams from Mannheim, Germany to Ft Lewis, Washington. I was a volleyball Mom after that for 20 years of a military career.
As a coach I believe in respectful instruction and hard work.  The work put in at practice determines the success the team can achieve in a game.  I’m looking forward to coaching this year.
I am in my first year of coaching the Junior Varsity team at Mount Vernon High School.

I played volley ball all through school growing up.  I played club volleyball in college.  I also played college rugby.  Currently, I play recreationally anytime I can, either pick-up with colleagues or with clubs.  I am also on the Coast Guard women's rugby team and the NOVA woman's rugby team.

I've been in the Coast Guard for about 2 years and I am part of the Ceremonial Honor Guard.  My job consists of performing presidential support duty for the military district of Washington DC and the Commandant through ceremonial operations held before world leaders and dignitaries. 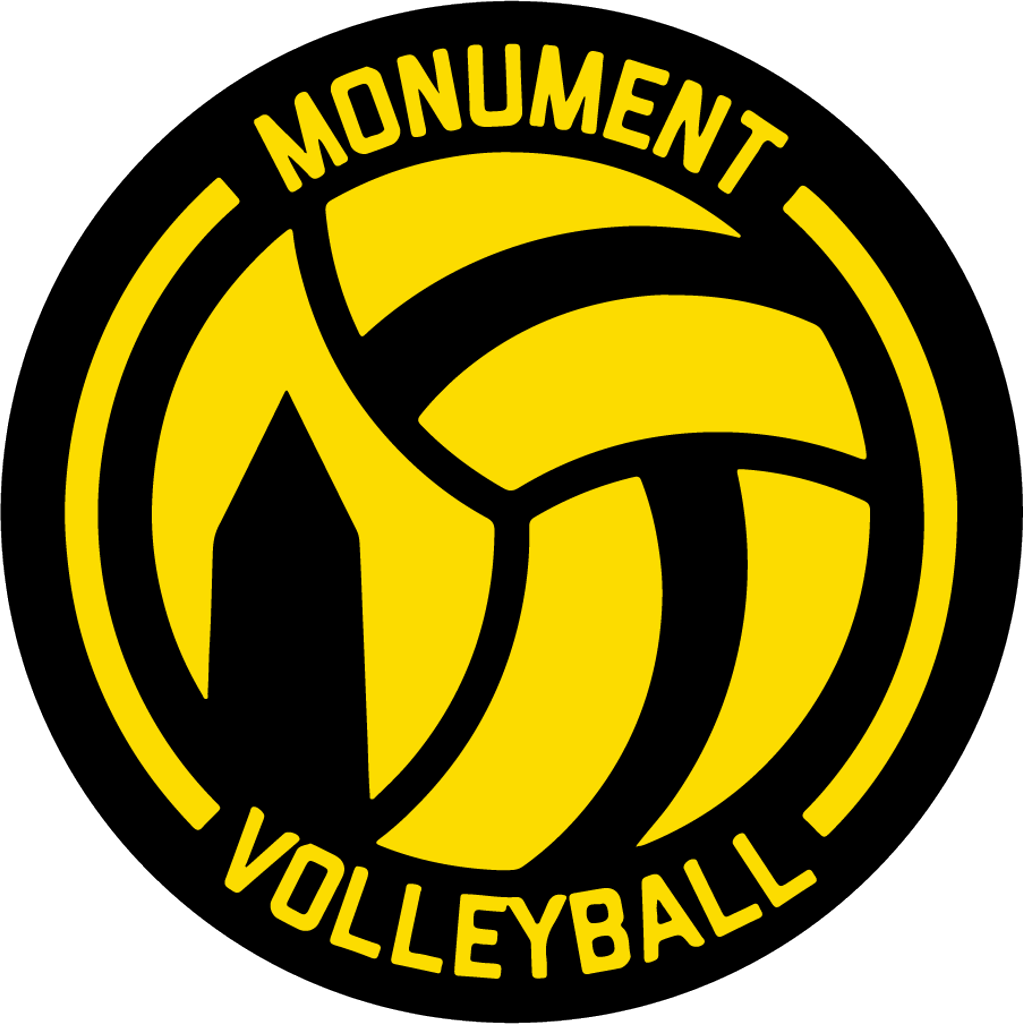